This is so not my usual type of place, so much so that I am struggling to tag it. But I am drawn, like a moth to a flame, to any and all highly-rated, moderately-priced meals, just as nothing keeps my mother-in-law away from large plates of carbs and cheese. So here we are.

Nothing makes me feel more like a loser than walking into a an empty restaurant and admitting that I have a reservation. It’s like putting something on hold at Walmart. So Napoli’s ambiance wasn’t reeking of exclusivity at the beginning, but as we sat down, more people began to trickle in. It’s probably because they saw me, an obvious local celebrity.

We started with drinks and the bufala appetizer. I had the Procida cocktail, a dry, bitter, rye-y concoction that put me right in the mood for tasty eats. Napoli’s beer selection is fairly standard for DC, and I mean that in the best possible way. Nothing crazy but nothing offensively bad either. The bufala cheese plate arrived quickly and was solidly worth the $15 price tag. This pile o’ cheese was adorned with balsamic and deliciously zesty cherry tomatoes. The ricotta was out of this world with a texture and mild flavor that was more mascarpone than anything. The mozzarella was creamy and spreadable. This alone was worth waiting for. I know it’s just cheese (and not even real cheese if you wanna get technical), but damn. 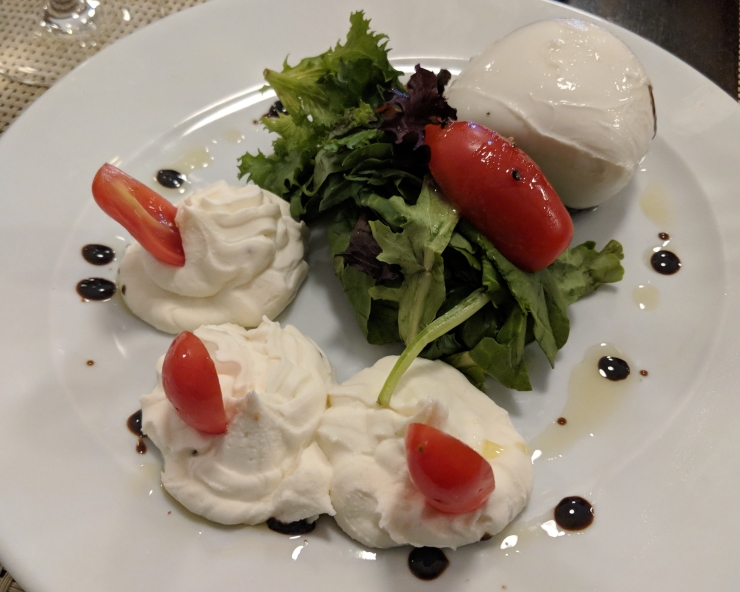 My in-laws both ordered the ravioli with fava beans and shrimp. My husband and I both committed the cardinal sin of not ordering pasta at a restaurant that’s literally called “Pasta Bar.” I’ll start with that ravioli: 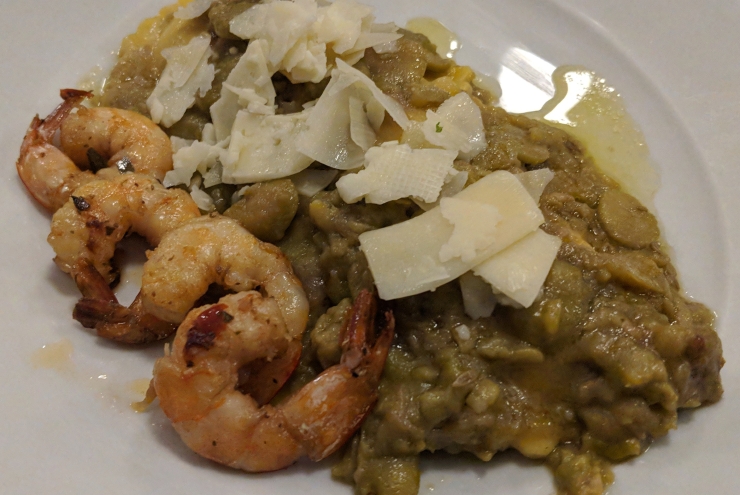 DID YOU KNOW: shrimp + nutmeg = amazeballs? Admittedly, this photo looks kind of like cat vomit with shrimp on top. It kind of has that mushy texture and green-brown hue in person too, but don’t be fooled! This was aromatic and savory, with delicious homemade ravioli underneath, perfectly cooked shrimp, and a good ratio of sauce to other things. This got an enthusiastic thumbs up from all four of us.

Next, my husband’s sausage and rapini. The veggies were tender and flavorful, and this was a good deal that included a lot of sausage, but the meat could have used more spice and we agreed that it needed a sauce. I still enjoyed it.

Finally, I spent my whole day looking forward to this octopus. It’s not exactly what I had envisioned but sometimes that’s okay: 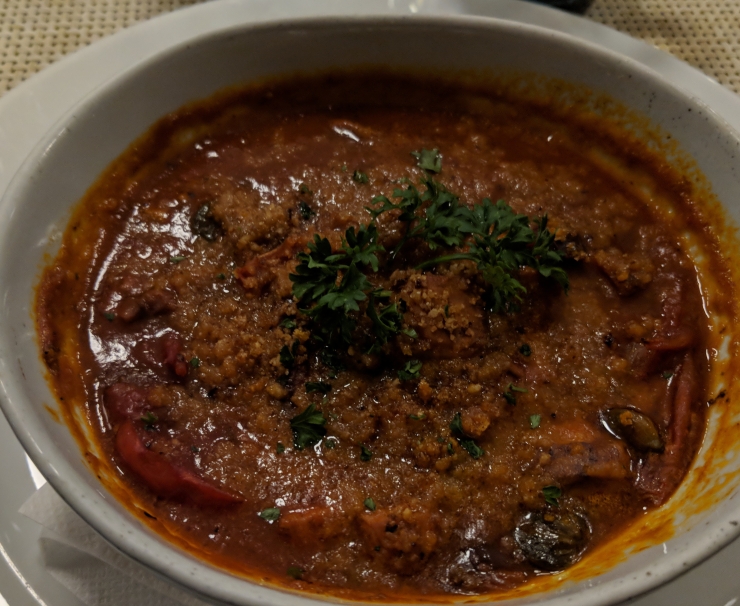 Again…not the most beautiful dish in the world. It looks a little…uh…sickly. I’m pretty sure that God created octopus just so we could put crispy tentacles on plates, so I was a little saddened by this. The octopus is in there, it’s just chopped up small and buried under a flood of tomato-olive sauce. The flavors were amazing, the meat was toothy but not chewy, and there was enough sauce for my husband to dip all of his sausage in it.  All the entrees were the perfect Goldilocks-style size. 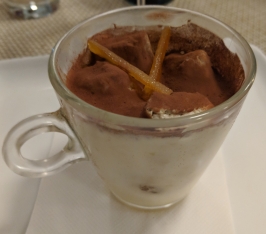 Our server said the magic word that causes my father-in-law to drop everything and order dessert. That word is “tiramisu.” It was the perfect size for sharing if you’re hoping to not eat quite so much dessert and was your classic creamy, cocoa-y tiramisu, probably heavier than average on the mascarpone (no complaints, though).

Bottom line: If you go out to eat in DC and eat Italian food, I’m usually judging you. Napoli is one of the few places that is worth the trouble and isn’t going to give you the same crappy pasta with the same boring sauce.