Situated on what once was a not-great corner of Florida Ave. and North Capitol, New York Pizza looks like a relic from the 80’s. I confess that I didn’t go inside since I figured I could get my food faster if they brought it to me at my house (or I’m just lazy). It was only recently that I noticed a sign advertising Indian and Pakistani food. This is DC–where the Chinese restaurants sell burgers and the pizza places sell kabobs. They even rebranded themselves!

Their pizza has, to put it lightly, middling reviews, plus Bacio is three blocks away, so I never even thought to come here. You can’t tempt me with greaseball pizza, nor with their questionably named NY Fish. No, only the siren song of lamb tikka could pull me in.

Because their website’s menu is different from their Grubhub menu, I called. I’m glad I did. Besides the two curry dishes, the veggie samosas grabbed my attention. “Sorry ma’am, we’re all out.” Falafel? “We’re out of that too.” That’s okay. I stuck with the two entrees, and my bathroom scale would ultimately thank me.

The car pulled up not 30 minutes later carrying our own little slice of heaven.

The chicken curry was less meat than it looked like due to the abundance of bones. On the other hand, the meat dropped off said bones with no effort and the sauce was rich while still packing a nice heat.

The sides that came with our meals were spinach and potatoes, and curry chickpeas. I enjoyed the spinach but it was more bitter and liquefied than your typical Indian palak, and the chickpeas were pleasantly earthy. They included an extra little container of rice, because I guess we didn’t have quite enough or something. And the bread…sweet baby Jesus. I have never had naan like this from anywhere. It was crustier and thickener than the typical naan, but also more flavorful, like a cross between naan and pizza dough. Come to think of it, it may have actually been the exact same thing as their pizza crust. Yeah…I’m pretty sure it was. Don’t care, it all sops up the sauce the same way. [Note: There were actually TWO huge pieces of pizza naan included] [Confession: I had to throw it in the trash can to stop myself from continuing to steal bites of it after dinner].

Overall, this meal completely upended all my prejudices about New York Pizza. I feel like this place is that flamboyant kid in high school who joins the football team just to prove how not-gay he is when what he really wants to do is dance. Come out of the pizza-closet, guys! We see you in there and we love you for who you are! It’s way better than who you’re pretending to be! 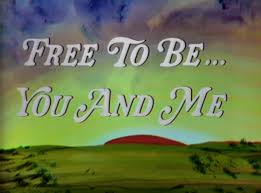 Bottom line: Prepare to be fairly impressed, and prepare for leftovers. PS I was not even a little sad about not having samosas or falafel because this was still way too much food.